As Sandra Straukaitė’s spring/summer 2013
catwalk show came to a close, the lights
dimmed and a familiar beat began to play.
The models, decked out in punchy, colourful
creations, returned to the stage in a frenzy of
hip-thrusting and arm waving to the soundtrack
of Gangnam Style. As the designer herself
joined the performance, taking centre stage
and encouraging audience and models alike
to dance along, two things became very clear.
Mados Infekcija, Vilnius’s biannual fashion
festival, which takes place in spring and autumn,
is not a typical fashion event. And as a Baltic
sartorial statement, it’s one to take notice of.
Founded in 1999 by Straukaitė, who is
based in Vilnius, and a team of fellow designers,
Mados Infekcija (‘Fashion Infection’) has
become the premier fashion event in Lithuania.
‘The festival breaks traditional boundaries of
fashion weeks,’ says Straukaitė. This is perhaps
most evident in its open-doors policy. You won’t
find closed guest lists at Mados Infekcija, where
every event welcomes the casual enthusiast just
as warmly as the editorial VIP.

Mados Infekcija’s
growing reputation
is encouraging visitors
from across the
world, many of them
international buyers

The other major attraction of Mados
Infekcija is its commitment to pushing the
boundaries of creativity. As is the case with
many of the smaller international fashion
festivals, the organisers are not focused on
commercial success and consequently

experimentation is the order of the day. This
is not to say, however, that the event has no
basis in commerce. Its growing reputation
has encouraged visitors from across the world,
many of them international buyers from
Russia, Scandinavia and Western Europe.
The organisers remain faithful to the
original concept. ‘We present interesting oddities
and eccentric upstarts whose ideas do not always
receive the immediate recognition of the nation,’
says Straukaitė. Yet the calibre of designers is
consistently impressive, and, as young designers
mix with more established names, the event
becomes more and more of a player.
Laura Dailidėnienė has been showing her
womenswear line, Daili, at Mados Infekcija since
2004. The Vilnius-based designer has had an
impressive career so far, participating in fashion
competitions across the world and receiving
acclaim for her sculptural designs, which are
made using all-natural materials. With Daili
now available in a number of countries
worldwide, including the UK and Sweden,
Dailidėnienė is evidence that those who exhibit

at Mados Infekcija can go on to have successful
commercial careers.
Alongside Dailidėnienė and her fellow
Mados Infekcija veterans, each season sees new
and exciting designers added to the schedule.
‘I am very interested in fashion and foreign
designers, so I always have a list of names I
would like to see in our festival,’ says Straukaitė.
‘I also look for designers during the other fashion
weeks that I take part in, such as Berlin and
Moscow.’ Nurturing young talent is crucial to
the organisers’ philosophy. In 2008 the Injection
contest was launched, to seek out talented young
Lithuanian designers. Since 2010 the
competition has been open to international
applicants. Winners are given the opportunity
to present their first collection on the main stage.

‘A new generation of designers is rising,’ notes
Straukaitė. ‘Injection is a contest without borders
and there is only one requirement: the idea and
desire to create.’
One young designer given an early
platform via Mados Infekcija is Hanz Schwarz.
A graduate of the Eesti Kunstiakadeemia
(Estonian Academy of Arts) in his home town
of Tallinn, Schwarz showed in March 2012.
His menswear collection was a feast for the
eyes. Bright primary colours juxtaposed
with gothic black and burgundy layered in
contrasting textures and built into architectural
shapes were sent down the runway on models
styled as zombies; evidence, if more was
needed, that Mados Infekcija truly embraces
the experimental.

It is clear that for Schwarz this opportunity
was invaluable. ‘The experience was amazing.
As I was still a second year student, when I got
the chance to participate, I felt overwhelmed.
But all the sleepless nights were worth it!’
Schwarz has since moved to Paris and is working
as an intern at international fashion house John
Galliano, proving that the scouts at Mados
Infekcija know talent when they see it.
As the profile of Mados Infekcija grows
and designers from across the world continue
to be attracted by its unique philosophy and
opportunities, it becomes clear that fashion in
Lithuania is more important than ever before.
The smaller international fashion events have
more weight each season, and Mados Infekcija is
a prime example. As Laura Dailidėnienė puts it:
‘Just as I am growing up as a designer, so Mados
Infekcija is growing up too.’
madosinfekcija.lt, sandra.lt, daili.lt,
holebrain.blogspot.co.uk 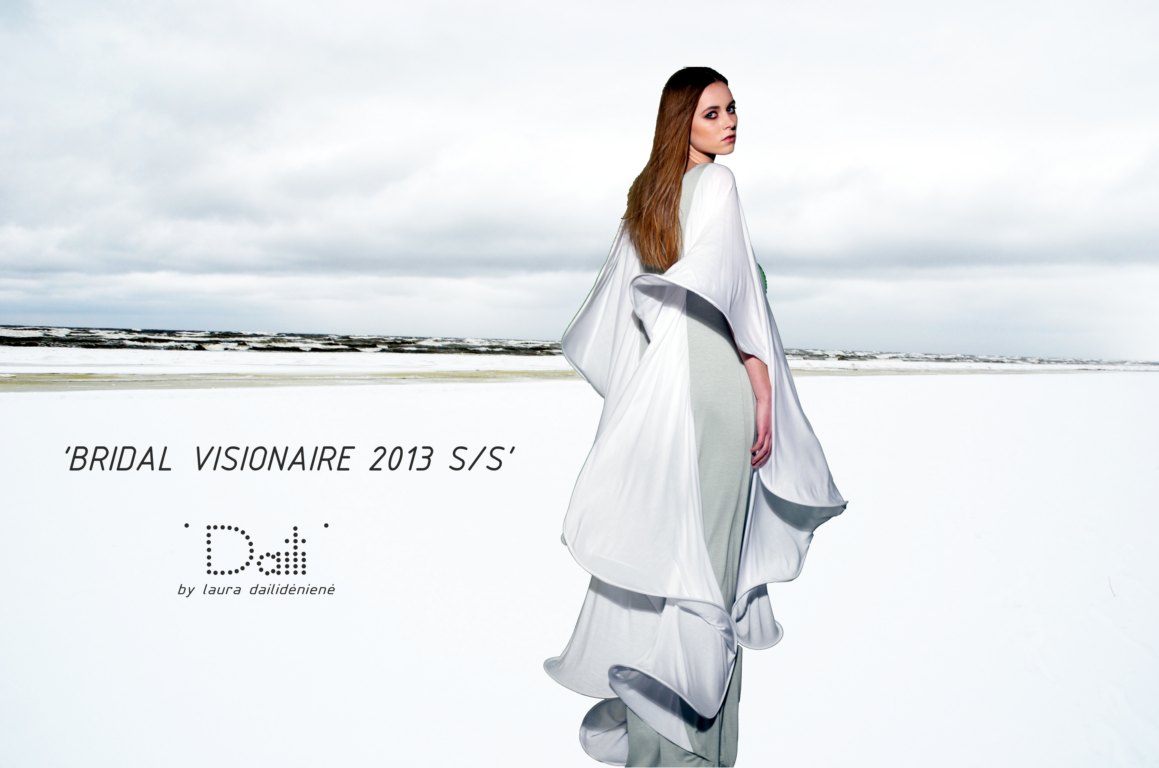 This collection idea was born after one famous stylist Gracie Opulanza  from London acquired Dailidesign  earlier collection dress  at “KGW ’boutique , and weared it at charity event at “WellChild Helping Hands” the auspices of the British royal family. With this Laura Dailideniene ‘elegant’ dress  British stylist Gracie Opulanza interviewed well-known actor Will Smith in charity event. Evening was held in luxurious ‘Savoy’ hotel in London. The event gathered many celebrities like Caroline Flack, Shingo Shoniwa and others. 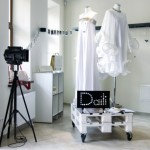 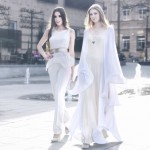 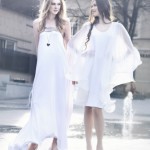 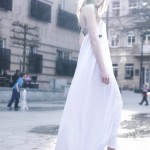 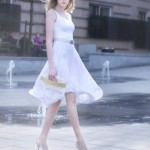 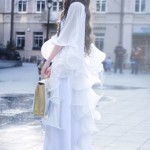